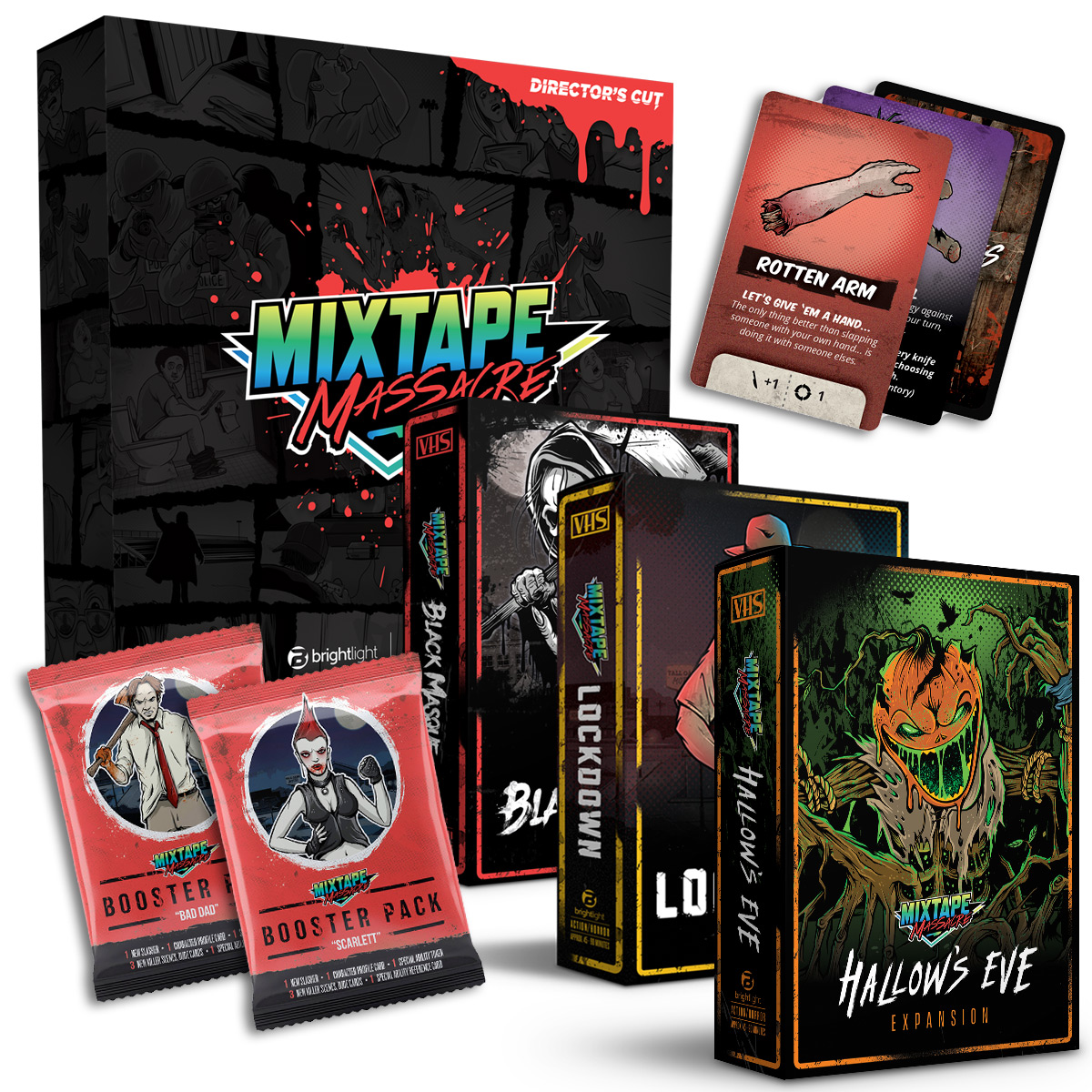 This “Massacre” Bundle also includes 3 compatible expansions and 2 Slasher booster packs to create the ultimate game night with multiple game modes for you and your friends.

Included in this exclusive bundle: