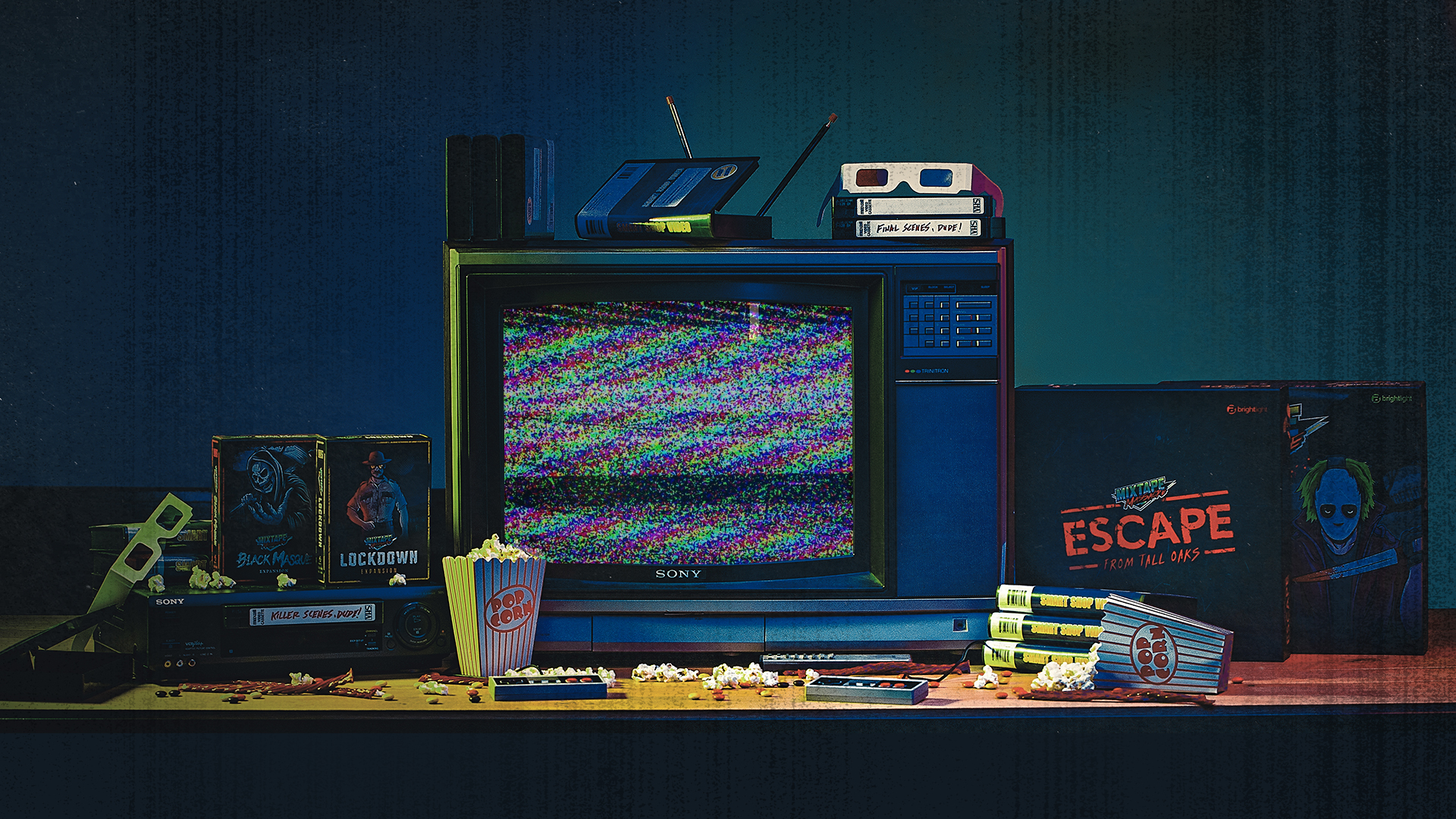 With events being canceled this year, we really miss having the opportunity to meet up and hang out with fans. So we’ve created an online event to offer the community a chance to get together for a virtual game night.

How do you participate?

You’ll need a copy of Mixtape Massacre (no expansions, no sequels, just the base game). We recommend you’ve played a few times before Mixtape Madness so you know the basics.

At 9 PM EST, September 26th, press play on the Mixtape Madness video on our YouTube Channel.

You’ll start and play your game as you normally would, but the video will be running in the background.

From time to time, a short scene will come on that will interrupt the game and stop everyone from current playing. We’re calling these “interruptions.” The scene will play out on screen and new rules or events will be introduced at the end of them that slightly change the gameplay for a short while. This will continue through the rest of the night until the game ends.

We’ll also be offering prizes and giveaways throughout the night that you can enter to win on Twitter and Instagram, simply by answering questions, or posting pictures with your group.

All throughout the night, we’ll be giving you chances to win the 4 different prize packs from Mixtape Massacre by participating in the contests below.

We will be choosing the best photo in each category below. There will be a total of 4 winners.

Note: If a player wins a prize that they already own, we’ll work with you to get a different prize.

How to win prizes

Post a photo of your game night set-up and tag #TALLOAKSMADNESS for a chance to win!*

Post a photo wearing your best 80’s outfit and tag #TALLOAKSMADNESS for a chance to win!*

A Drink of Your Choice

Post a photo of what you’re drinking and tag #TALLOAKSMADNESS for a chance to win!*

Post a photo of what food + snacks spread and tag #TALLOAKSMADNESS for a chance to win!*